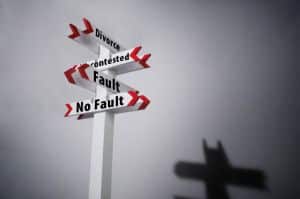 Following on from the Supreme Court ruling in the Owens case and a consultation last Autumn the government have announced on 9 April 2019 that they will introduce legislation so that divorcing couples will no longer have to prove fault.

Where we are now

Where we will be

The two-stage process of Decree Nisi and Decree Absolute will be retained. A minimum timeframe of six months will be introduced, from petition stage to final divorce.

This much needed decision will help to cut some of the conflict from what can be a highly stressful experience and especially will allow separating parents to focus on the needs of their children instead of proving a fault-based fact against their former partner.
The announcement states that the legislation will be introduced ‘as soon as parliamentary time allows’ so it could still be some time yet as we all know that Brexit is taking up a lot of time at the moment.

If you would like us to call you, please complete the form below and one of our solicitors will be delighted to call you back.

We are a small, approachable and highly experienced firm of solicitors with in depth knowledge of the law in the fields we specialise in.

This website uses cookies to improve your experience while you navigate through the website. Out of these, the cookies that are categorized as necessary are stored on your browser as they are essential for the working of basic functionalities of the website. We also use third-party cookies that help us analyze and understand how you use this website. These cookies will be stored in your browser only with your consent. You also have the option to opt-out of these cookies. But opting out of some of these cookies may affect your browsing experience.
Necessary Always Enabled

Any cookies that may not be particularly necessary for the website to function and is used specifically to collect user personal data via analytics, ads, other embedded contents are termed as non-necessary cookies. It is mandatory to procure user consent prior to running these cookies on your website.